I started using my first DSLR, a Nikon D70, back in September 2004. It was Nikon’s first consumer-level DSLR, with a whopping 6 megapixels and breakthrough high ISO performance. Since then, I’ve relied on the high quality of DSLRs to produce print-worthy photos, along with the use of the RAW file format to process photos to my own liking. Meanwhile, smaller cameras in point-and-shoots and phones couldn’t really come close in terms of quality, especially when it comes to high ISO performance and autofocus speed. My DSLR is my faithful companion whenever I absolutely needed to capture the moment, but as my needs for quality grew, so did the size of the cameras. I’ve been shooting with my current D700 since November 2010, but I’ve rented a D800 just to try out and rented a D4 to shoot Formula DRIFT Irwindale last year. All three of these cameras definitely can’t be called sneaky, and bringing them along just to have dinner with friends can be quite cumbersome. As much as I’d love to have the power of any of these DSLRs all the time, I definitely feel like I could use something a bit more compact when I don’t need to have large print quality.

After shooting Formula DRIFT Irwindale last year, I met up with a group of photographer friends for lunch, and as it turned out, my good friend RJ deGuzman surprised us all with his compact, yet very powerful 16 megapixel Olympus OM-D EM-5 Micro 4/3 camera. Each of us were impressed with its capabilities, and RJ himself has moved completely to this camera system after selling his own D700. Intrigued, I gave it a few test shots and decided that I needed to rent it for a week to put it through some paces. Eventually, I ended up renting the camera from BorrowLenses.com and they drop-shipped me a brand new one, still in the box and everything. I also rented a Panasonic Lumix G 14mm ƒ2.5 lens, and RJ was kind enough to let me borrow his own beloved Panasonic Lumix G LEICA DG SUMMILUX 25mm ƒ1.4 lens. The crop factor on all Micro 4/3 cameras is double, so the 14mm is a 28mm full frame equivalent, and the 25mm is a 50mm full frame equivalent.

Instantly, I was amazed at the quality and speed of the camera. Olympus touts that their autofocus system as among the fastest out there, and I have no reason to argue with them. The autofocus is fast and accurate, and even in low lighting with the autofocus assist lamp turned off, it still locked onto its target as well as any DSLR. On top of that, the high ISO noise was very well controlled, and even at ISO 1600 there was little to no noticeable noise. Both of the lenses that I borrowed were also nice and sharp wide open. Here are a couple examples using the 14mm wide open at ƒ2.5 and ISO 1600, both processed only in Lightroom:

The dynamic range was also very impressive, and you can see I tried to push it a bit here with this fog photo, shot handheld with the same 14mm ƒ2.5 wide open at ISO 1600:

The 25mm ƒ1.4 was no slouch either, and in fact focused even faster than the 14mm. Here’s an example photo at ISO 400, wide open at ƒ1.4, also processed only in Lightroom:

The OM-D’s built-in image stabilization worked great in low light, and it was truly wonderful to have it available at a wide angle focal length. I’d say that it surpassed my expectations for it in low light, but how would it fare in bright sunlight? As luck would have it, I went out to brunch with my parents over the weekend that I rented the camera, so I brought it along with me and kept it at its base ISO of 200. It handled mixed sunlight and artificial light quite well here in this photo:

Dynamic range continued to be very good, and the OM-D’s electronic viewfinder ended up being quite the advantage so that I could instantly preview the exposure of these three shots:

Knowing that RJ is a primarily a portrait photographer and he completely moved to this OM-D, I also decided to take a couple portrait-style photos of my parents with his 25mm ƒ1.4. Again, the OM-D performed great, especially given that I didn’t have a reflector or any sort of fill flash for these two photos: The final photographic test would be the most brutal one. While the OM-D provides great image quality with still photos and it’s built like a tank with its magnesium, weather-sealed body, just about everyone has said that it’s only real weakness is with autofocus tracking. Unfortunately, there aren’t any events going on here in the Pacific Northwest right now where I could push the limits of the OM-D’s panning capabilities, but I did take a few minutes to try some slow pans on the street. I could tell that the OM-D had some problems keeping a focus lock on a moving object, but it was still able to surprise me. Here’s one shot at 1/40 sec:

Clearly, it’s not as spot-on with its autofocus tracking as a DSLR would be, but it’s not really that bad at all. I could definitely see myself shooting telephoto with my D700 and then swapping real quick to an OM-D with a wide angle once the action got too close. The light weight of the camera would be quite welcome trackside, and since I can still shoot in RAW, I’ll still have complete control over the final image.

The last thing I tested was video, and while I’m not really big into video, the image stabilization of the OM-D definitely helped with the overall video quality. The autofocus did have to hunt a little bit, but it really wasn’t too bad. Here’s a sample video from when I was out to dinner, but please be aware that there’s some foul language since we’re just joking around and having a good time:

After the week’s rental was over, I was quite sad to send the camera back. It performed wonderfully in low light, it has great dynamic range, the auto focus is better than I could’ve expected, it’s built to withstand the rains of the Pacific Northwest, it produces great photos for large prints, and best of all, it’s small enough to fit in a big pocket and won’t strain your neck over time. Olympus really hit it out of the park with this camera, and if this is a sign of things to come from the Micro 4/3 camp, I’ll be more than happy to call one my own very soon. Sure, the autofocus tracking wasn’t the best and some of the controls are a little awkward, but that really won’t stop me from picking one of these up once I have some spare change. Bravo, Olympus! 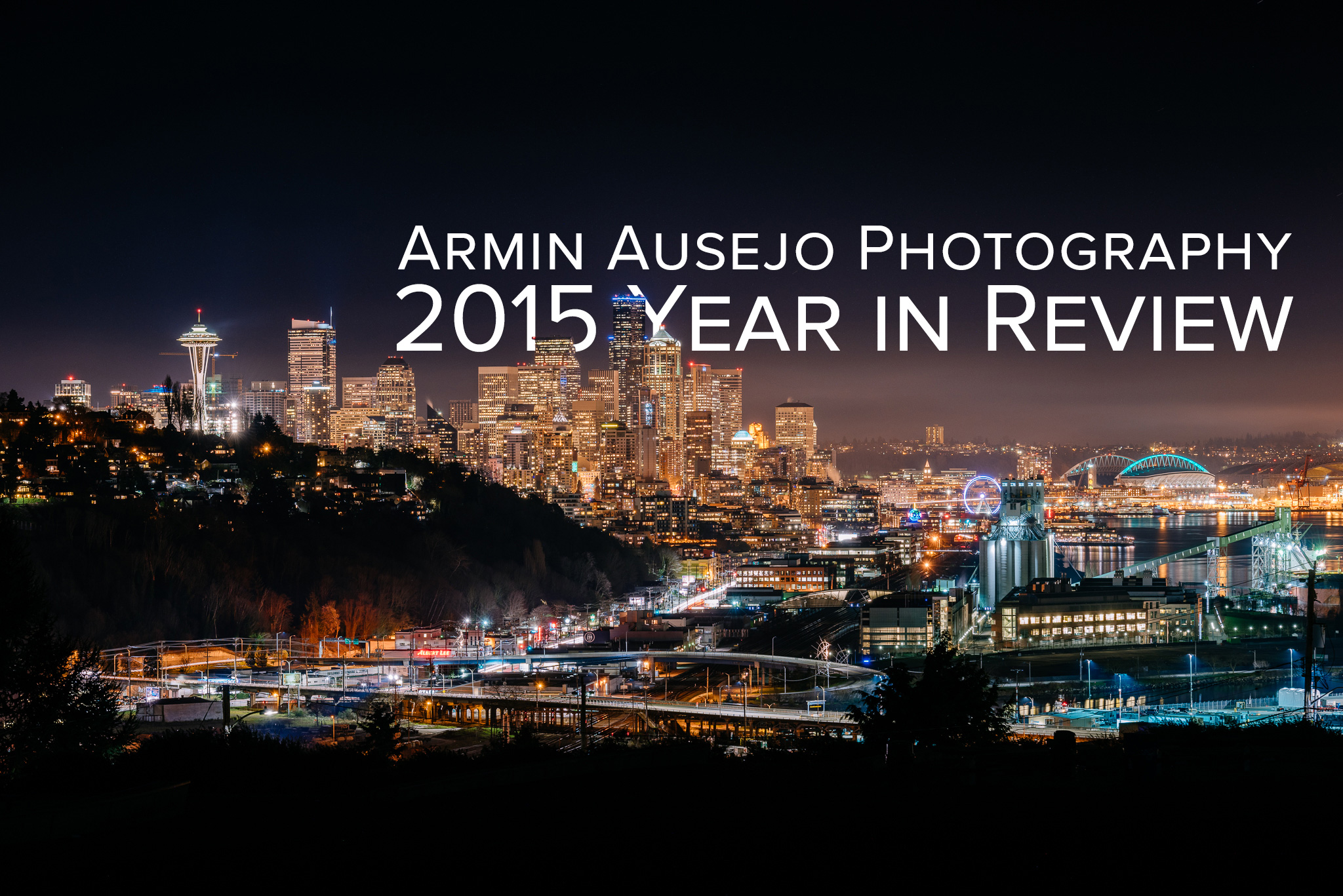 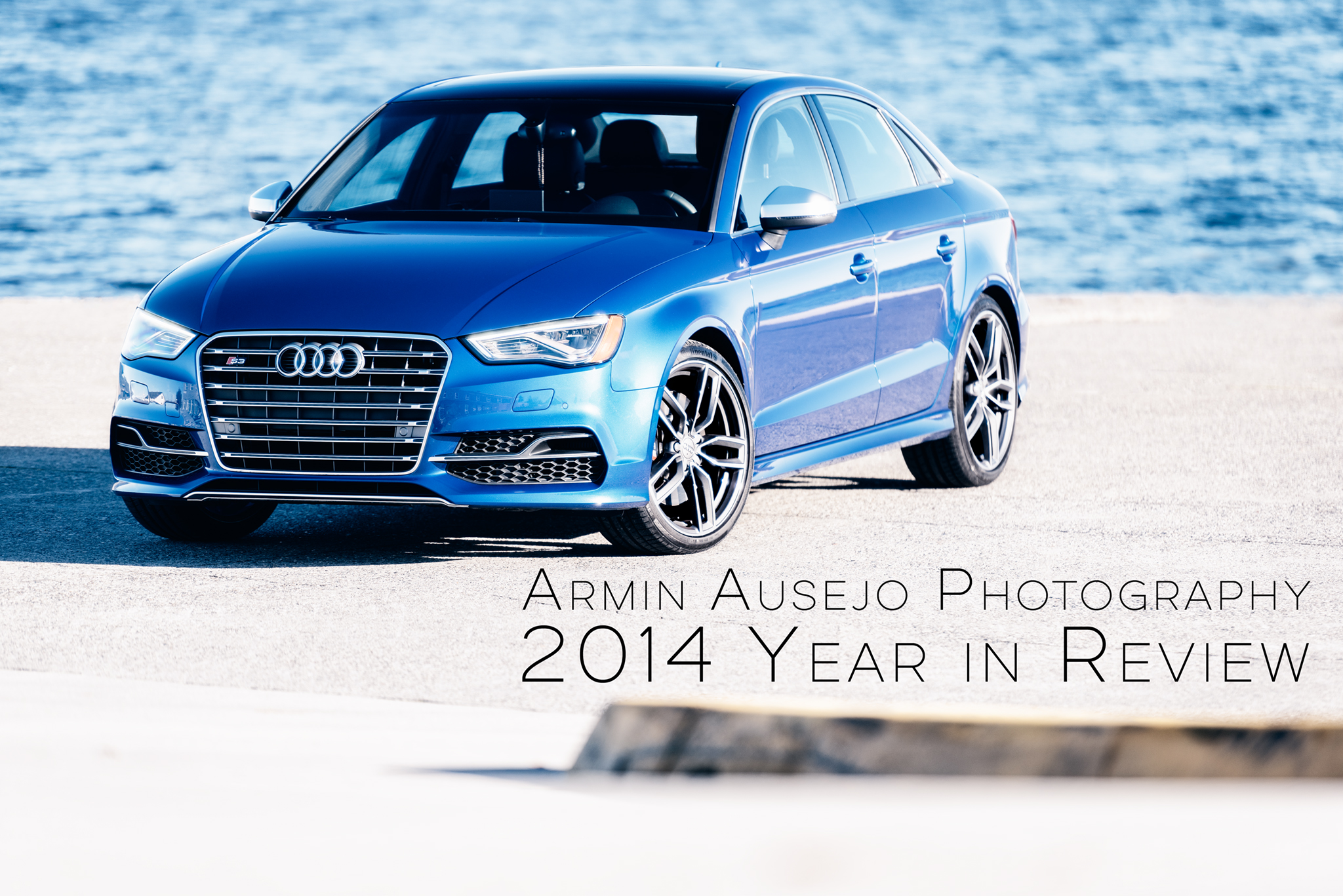 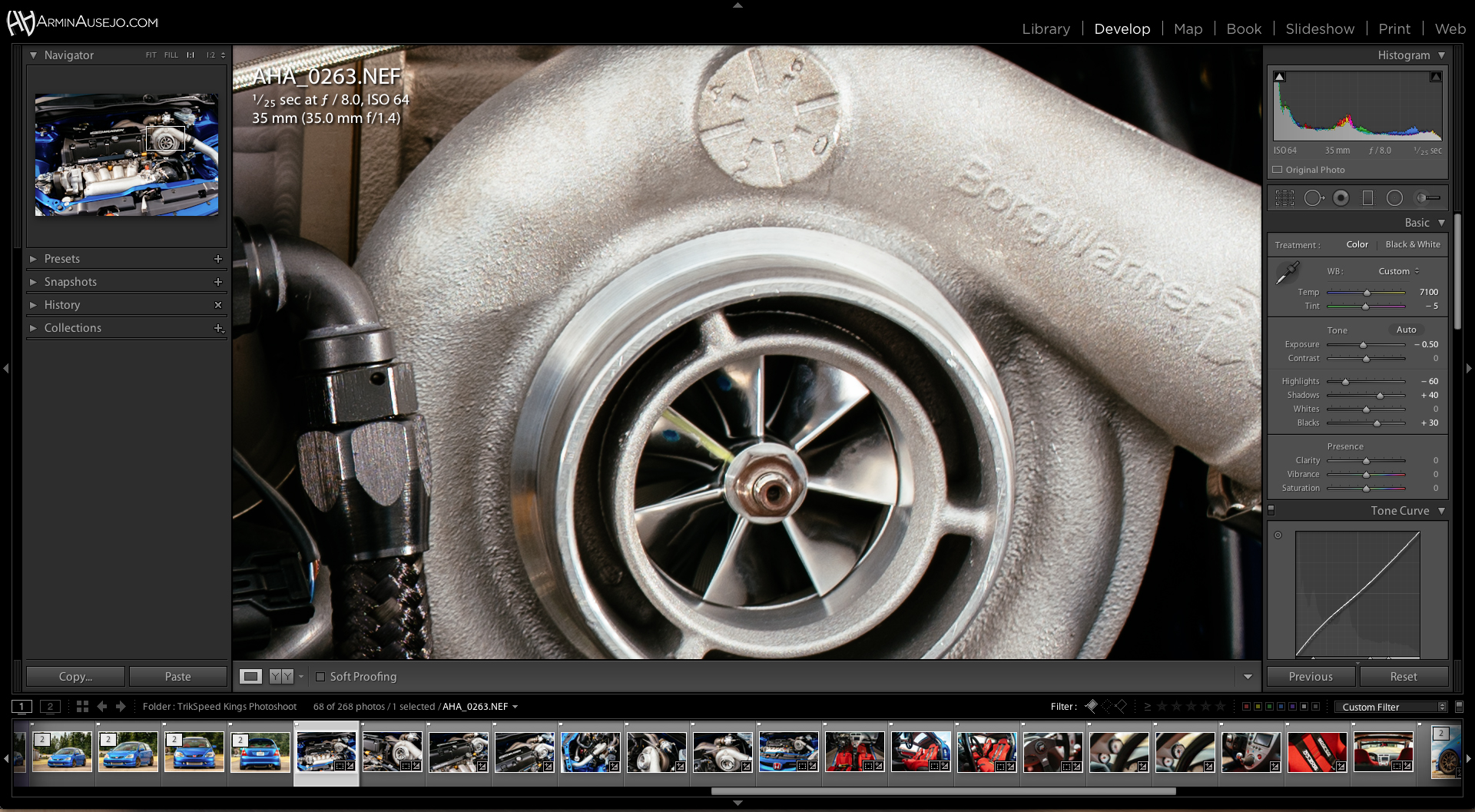 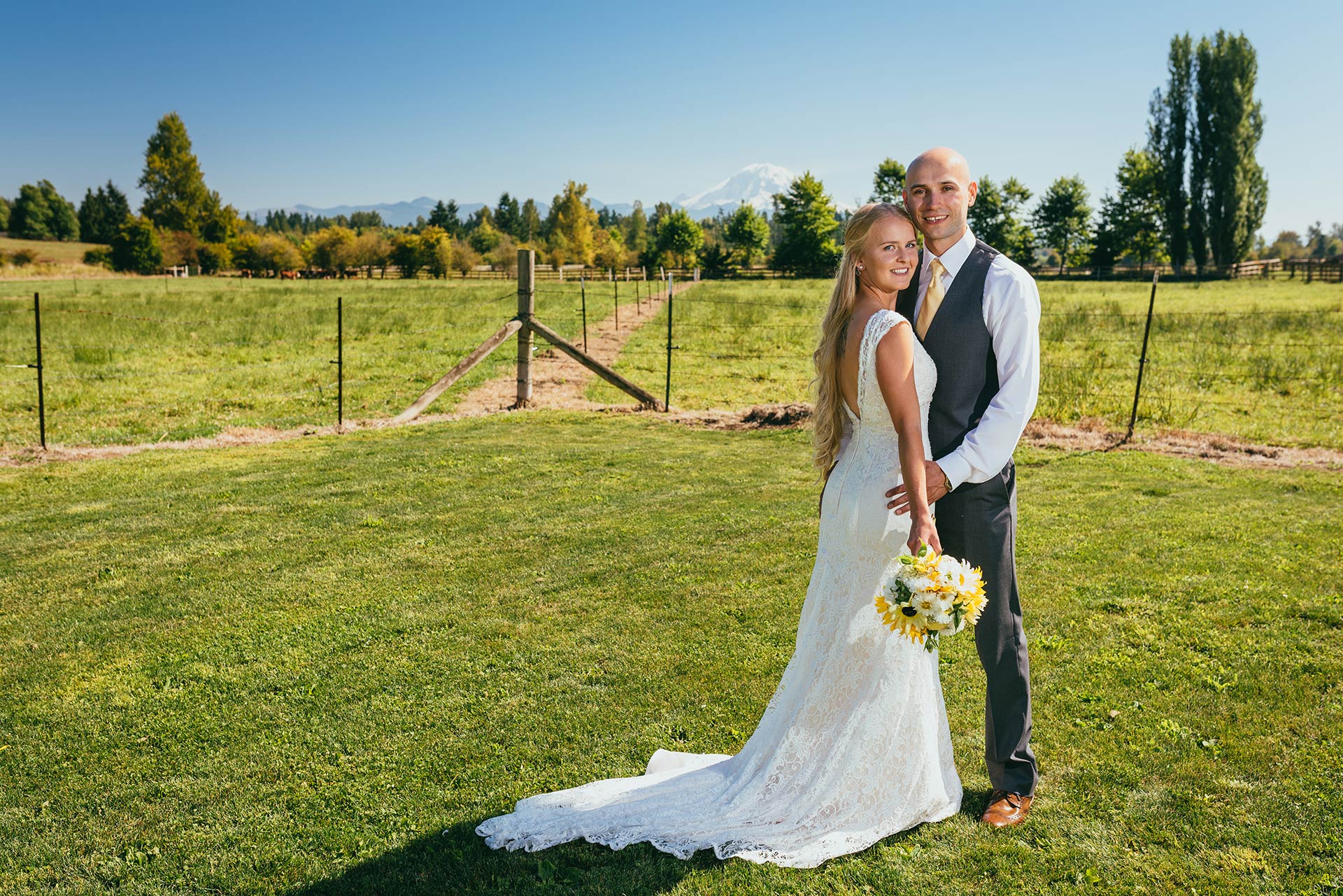